The DART Media Group was started in November 2018 by Curt Correll and Dave Blondell. Their first broadcast was done to ensure a friend who was battling cancer could watch his daughter play her first basketball game of her senior season from his hospital room. They started with a single tripod, two wired microphones, an iPad using the Periscope streaming mobile application. Using assistance from the Southwestern of Shelby County Consolidated School Corporation High School Principal and Athletic Director, they streamed their first game on November 9, 2018 from Waldron Junior/Senior High School. DART Media received a great response from the Southwestern community, which included different stories of the length of their outreach. Fans are able to follow Spartan Sports while travelling, grandparents can view from states away, and even some family and friends are viewing from countries as far away as Australia and Romania. With the help of some local businesses wanting to provide financial support via advertising, the guys added additional audio capabilities. In early December, DART added “The Voice of the Spartans” Dave Covington to the basketball broadcasts. Dave Covington brings his extensive knowledge of Southwestern Spartans basketball, play by play commentary and player stats to each broadcast. Curt and Dave continued to broadcast and stream SW Spartan games for the remainder of the girls and boys basketball seasons.

During the summer of 2019 the guys committed to improving the overall quality of broadcasts and experience for the viewers. They made an investment in new equipment and software for the fall 2019 sports season and to expand their coverage of sports beyond Spartans basketball.

Beginning with the winter broadcast season, the guys made a strategic decision to launch the DART Media Group YouTube Channel and simulcasted the opening night of Lady Spartans Basketball from Park Tudor high school on November 5, 2019 to both YouTube and Periscope. With more than 18 nights of high school girls and boys basketball games by the end of 2019, the YouTube channel has more than 100 subscribers, 615 hours watched and more than 3,700 views within the first two months of operation.

Dave and Curt took the year end Christmas break to gear up for an exciting finish to the winter season where they started calendar year 2020 with the Shelby County basketball tourney on Thursday January 9th which quickly became the broadcasting high-water mark of the winter season for DART Media with more than 2,000 views across the three-day tournament and hundreds of on demand replay views since.  The team would go on to livestream twenty-seven more basketball games before finishing up the winter season with the opportunity to broadcast their first postseason games ever!  Thanks to the great community and sponsors the guys livestreamed on February 5, 2020 game #2 from IHSAA Sectional 60 girls’ basketball game at Waldron Jr./Sr. High School between the hosts Lady Mohawks and the Southwestern Lady Spartans.  This was followed up with the livestream of the boy’s IHSAA Sectional 60 basketball game from Southwestern Jr./Sr. High School on March 4, 2020 between the hosts and the Jac-Cen-Del Eagles.

Dave and Curt had plans to extend their coverage of live streaming events to include baseball, tennis & track but that all changed in early March with the global COVID pandemic that would led to all IHSAA spring sports seasons to be cancelled, schools to turn to virtual e-learning and many other changes to normal life.  The guys got the opportunity to help the community in a few unique ways during the pandemic including streaming the Southwestern Performing Arts performance of “Rock Around the Clock” Dinner & a Show for those that could not attend in person. This would turn out to be the very last livestream event until further notice.

With sports at the high school, college or professional level cancelled and significant time spent under shelter-in-place / stay-at-home orders between the middle of March until the end of May, something new was being created!  After some encouragement from a few fans of DART Media, Dave and Curt using virtual meeting software began interviewing coaches in the community to combine it with other great content from both DART and others in the community, to create new weekly vodcast & podcast as a way to stay connected with the community. DART Media group published the first episode of their first vodcast/podcast called Spartan Heads on Monday May 11, 2020.

Significant programing or technology introduced during the spring of 2020!

The highlight for Dave and Curt and part of their original mission to give back to the community, DART Media Group with the help of their amazing sponsors presented the Mike Van Gorden Scholarship to Southwestern Shelby Jr./Sr. High School Senior Decklan Pappano on Monday June 1, 2020.  Congratulations to Decklan on being the first ever recipient of this scholarship.

The fall season began broadcasting Southwestern volleyball. We would end up streaming 37 volleyball matches including the 2020 Shelby County Tournament with special guests in the booth, Coach Jeff & Christian Case. We were excited to broadcast the Jeremy Wright Small School Invite from the beautiful Blue River Course Country Course in Shelbyville, Indiana as well as the MHC Cross Country Championship. Some of the most exciting events during the fall season was the eight Southwestern Soccer matches including their 2020 Sectional Championship and their Regional semifinal and final matches from Knightstown High School. This being our first opportunity to follow a team to an IHSAA regional event.

Significant programing or technology introduced during the fall of 2020!

You may have missed 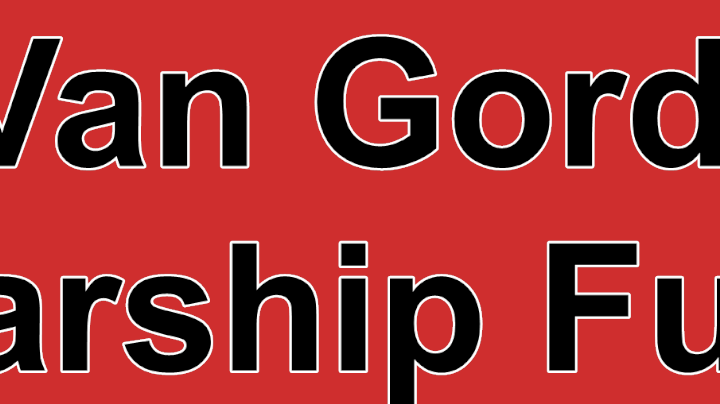